It’s difficult to tell, the internet being what it is, whether we’ve really lost a disproportionate number of beloved cultural figures this year (though it sure seems true) or whether generationally some of them were statistically due (and were of a generation not particularly lauded for taking care of its physical health). And I am not a person who sits around contemplating mortality all the damned time – surviving surgery does put the thought in your head, but mostly it’s made me more determined to Do The Thing rather than spend my energy worrying about the undiscovered country.

That said, The Thing I’m currently Doing is Rosencrantz & Guildenstern Are You-Know-What, so even the simple act of running lines on what was apparently the darkest night in five hundred years this past Solstice means running into:

Let us keep things in proportion. Assume if you like that they’re going to kill him. Well, he is a man, he is mortal, death comes to us all, etc., and consequently he would have died anyway sooner or later. Or to look at it from the social point of view, he is but one man among many, the loss would be well within reason and convenience. And, then again, what is so terrible about death? As Socrates so philosophically put it, since we don’t know what death is, it is illogical to fear it. It might be…very nice. Certainly it is a relief from the burden of life and for the godly a haven and a reward. Or to look at it another way: we are little men, we don’t know the ins and outs of the matter, wheels within wheels, etc. It would be presumptuous of us to interfere with the designs of fate, or even kings.*

…so it’s hard, between work and Twitter, plus the added end of year In Memoriam habit (the best of the genre is always the “TCM Remembers” reel, which I highly recommend, and which I hope they don’t have to update yet again in the next few days; twice is enough), not to have such matter in mind in a year that has seemed kind of cruel even for friends and family, beyond the losses of so many observed-of-all-observers.

And of course I’m torn, as this centering chunk of Stoppard’s Guildenstern could be the admirable kind of stoicism or the other kind – since I’m also working on notations for Julius Caesar, let’s call it the “Brutus showing off how chill and balanced he is in front of his men when he’s already known Portia swallow’d fire for some time” kind. Or whistling, as Blue Valentine-era Tom Waits (and others) would have it, past the graveyard.

There is also the inveterate whinging kind of response – as soon as the Caesar notes are done, I move on to Richard II  and rather than quote a lengthy passage, let’s say starting about here and moving on until he’s actually dead, our title character has little else on his mind or lips. Ros & Guil have plenty of this as well. They cover most options, really.

(I am aware that I’m leaving out Hamlet’s famous contemplations, but honestly, he contemplates just everything, and were there another act nestled between One and Two, he’d have contemplated the recipes of those funeral baked meats and whether they were better hot or leftover. It’s hard to call death his only preoccupation – being preoccupied is his real preoccupation.)

Now, my tendency is to mock…many things, mortality included – the Barely-Inner Groucho is my strongest force (oh, that word). Carrie Fisher’s death was made public a few hours ago, and one of my favorite things about her has always been this (in her case, notorious) B-IG.  It was the real source of her power, not the buns and the blasters and the (still disappointingly clinical) midichlorians.

When I played Feste a few years ago, I got to both sing/play and write a setting for the songs, including this one:

Come away, come away death,

And in sad cypresse let me be laide.

Fye away, fie away breath,

I am slaine by a faire cruell maide:

My shrowd of white, stuck all with Yew, O prepare it.

My part of death no one so true did share it.

On my blacke coffin, let there be strewne:

My poore corpse, where my bones shall be throwne:

A thousand thousand sighes to save, lay me ô where

Sad true lover never find my grave, to weepe there.

…and the choice, what with Feste’s prime goal being survival via remuneration most of the time, when a self-involved ninny like Orsino makes a song request, is going to be the most maudlin (or if you’re reading this in England, Magdalene) thing imaginable. So I composed an ersatz Irish ballad fraught with Melodrame, limping along in 3/4 time, smacking “corpse” and “bones” and “grave” for maximum financial potential. It worked, in the scene at least.

My hope is that if nothing else makes it out of 2016 intact, the mockery will. I have yet to run across any Grand Force (there’s that word again) that cannot be deflated through the pokey pinpricks of laughter at its expense. We’re already seeing how this plays out with would-be human powers in other current affairs, but it certainly works against abstracts when apostrophizing. Or it hasn’t killed me yet, at least.

Fear no more the heat o’ the sun, Nor the furious winter’s rages… 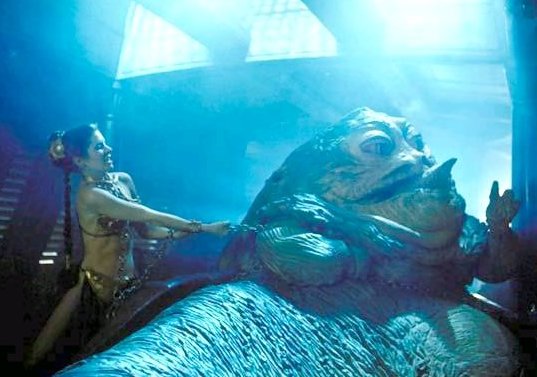 *Pardon any inaccurate punctuation – I’m working on these lines and I am NOT going to go find the script to check. If I don’t know that speech now, I certainly don’t want to know that I don’t.