In the time since I last wrote one of these, I’ve finished the 8-week, 3-production run of the Kentucky Shakespeare 2017 summer season, spent a week putting the house back in order and doing neglected and despised yardwork, then spent two weeks in New England visiting the in-laws and nephews and some friends (the latter had a tiny Maine cabin on an island in Penobscot Bay for a week – that was unclear: the cabin is always on the island and the island is always in Penobscot Bay, but our friends were only in it for a week and we were only in it for two days), read a giant novel and about six New Yorkers (yet I’m still not caught up), then drove home and spent a day collapsing before I return to audiobook narrating and neglected and despised yardwork.

I’ve had opportunities to write here during that time, but I have not taken them. Clearly. In part, my brain needed a little respite from iambic pentameter, in part because while I’ve been flitting about the national/international straws have continued to pile and the feeling that I’ve been watching a camel weep and wince beyond its endurance has continued to…continue. And little feels more frivolous in the face of all that than the rhythmic and semantic concerns of centuries-old playscripts.

But in the midst of all that another thing happened: there was a sale. Bear with me.

Once a year (or so) the Criterion Collection has a 50% Off sale on its well-worth-the-price DVDs, with their fancy extras and scholarly treatment of movies worth the attention (staying on message, Chimes At Midnight, Ran, Throne of Blood, and a mess of Oliviers are all part of their – and my – collection). A recent release that I grabbed during the sale this year has been a favorite since my youth: Woman of the Year (1942). First outing by Katherine Hepburn and Spencer Tracy, MGM, directed by George Cukor.* 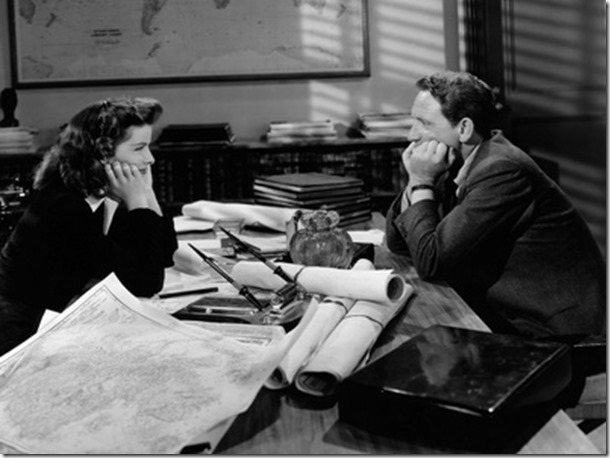 Criterion has included all kinds of fun and fancy interviews, but the thing that came back to me before even unwrapping the case was the old-fashioned flame war (i.e., on radio and in newsprint) about whether or not baseball ought to be suspended for the duration of WWII because (Hepburn) it’s a frivolous waste while something important is going on or (Tracy) it’s the very thing we’re fighting for. Unlike the equivalent battle were it to occur on Twitter, the two people arguing (in extended sentences indulging not in platitude nor snarky gif nor repeated handclap emoji) managed to meet and get to know each other and in fact quite like each other, while never ceasing to argue and never denouncing the ideological impurity of the other. Both were in America in the midst of a war with an actual organized nation of Nazis, not profoundly mis-/uneducated cosplayers, so their focus was fairly clear.

Anyway, the memory of that aspect of the movie reminded me that while I agreed with  Tess Harding on most points, I was with Sam Craig on this one and as a result indulging in the study of figuring out ways of doing properly the thing I choose to do, both for a living and as a creative act, felt a bit less frivolous. So I dug in again.

It also happened (we’re coming back to Shakespeare now, I promise) that I had picked up a copy of the Sonnets, which of course I already have in a couple of different formats… but this copy is the triple-ply Stephen Booth edition. The notes; my stars, the notes. People get scared of notes even when they’re necessary and helpful, but these are the best things ever. I’d love to have this in some kind of three-dimensional hypertext version but then it occurs to me that it already exists in the poems themselves.

The notes are difficult to describe except to say that they aren’t explanations so much as a way to appreciate how much idea is piled on top of idea in the Sonnets, as well as how the ideas intentionally lead you down ambiguous byways as you first (second, third) read them. They’re like a sheet music notation that constantly reminds you that at this moment you’re hearing an A minor chord and therefore you can’t really know yet whether this song is going to be in A minor or resolve to C major until you get around to the resolution at the end. The notes themselves delightedly withhold information from you until the proper time, then remind you of what already happened so you can see where the ambiguities dissipate and where they instead continue to stack up. It’s astounding work and it’s a shame more Shakespeare notes (and more notes in general) don’t follow this lead. I suspect that’s because it’s difficult and time-consuming and who wants that?!

I think actors in particular would benefit from looking at the scripts this way – the end of every line of verse, every phrase, every sentence is an opportunity for just the tiniest bit of suspense, the sort of suspense that tricks an audience into leaning forward and listening to all the curves the actor is throwing out there for the brain to negotiate, which means those actors have used the map of the play to run the course themselves first. Which seems important. To me.

But for the moment, it’s hot out, and the crabgrass isn’t going to spray itself with vinegar and Epsom. Peace to all. 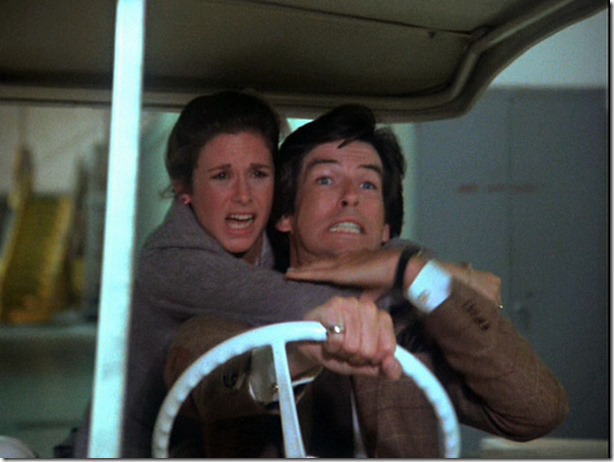 *I also in the last couple of months reminded myself of my childhood love of Remington Steele, which, if I have the order right went from “I Like Mysteries” to “Youthful Feelings About Stephanie Zimbalist” to “This Sort of Fellow Makes an Impression On Her, eh?” to “By Being British and Quoting Cinematic History Chapter & Verse?” to “What Is This ‘Britishness’ Anyway?” to “PBS” to “Cultural Anglophilia” and “Delving into Cinematic History” to “Devotion to Both While Forgetting the Initial Cause”. It’s a misty path, but not a surprising one.