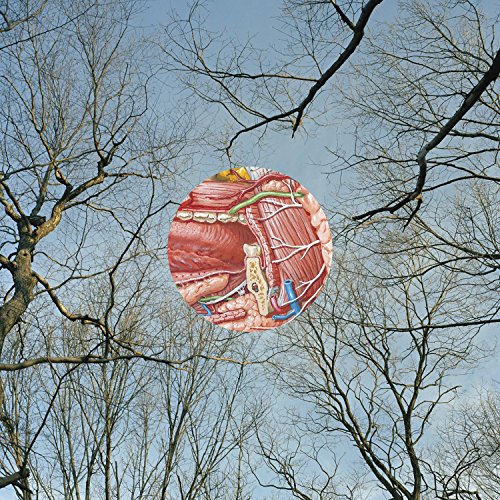 Like this blog, my Twitter account is not widely followed. Not that it should be – it’s mostly the semi-daily ramblings of a guy who cracks wise, follows comedians, & gets mildly-to-very outraged at various sociopolitical happenings. The only real upside for folks who follow me is a No Cat Video guarantee.

I have been, on fewer occasions than one needs a hand’s worth of fingers to count, retweeted by People of Note. One of those instances was a few days ago when I noted something during some light road trip playlisting and the band in question retweeted said observation, which resulted in a weird amount of strangers commenting/favoriting/retweeting and it’s all over now, this phenomenon of something in the neighborhood of twenty or thirty people noticing some damn fool thing I said.

Anyway, I promised to dig deeper into this blithe comment, and herein do I so dig.

En route to Florida, The Wife and I were listening to the 2015 They Might Be Giants album entitled Glean. I am, as I have mentioned here before, also in rehearsals for Stoppard’s Rosencrantz & Guildenstern Are Dead (from which we had a brief break for this pre-arranged trip). These two things are not related.

At least, they weren’t. But I listened too closely.

I will neither dignify this foolishness with a well-footnoted treatise nor any real claims that the band set out in its Dial-A-Song project to make a companion soundtrack to a fifty-year-old absurdist reimagining of Hamlet. But I feel compelled to share a few observations.

You and I will be together

When we shed our memory…

Think of this as solving problems

That should never have occurred

That is such an ugly word…

When darlings must be murdered…

The skeleton that won’t stay down

The mercy kill that can’t be drowned

If you’re at all familiar with the play (which I’m going to have to assume because I’m not going to try to summarize it and its themes here; I have too many lines to learn), this will stand out to you immediately. The title characters have constant short and long term memory loss, which causes them no end of consternation. Also (spoiler) they die, which also causes them consternation, though with an end in that case. They are themselves problems that should never have occurred, characters who exist for no real reason except perhaps to be one of Hamlet’s many proverbial women in refrigerators.

The second track, “Good to Be Alive” is even easier to apply. It’s about what the title would imply. So there you go. Think of it as an oblique version of Rosencrantz’s Act II speech about being dead in a box, favorite of college auditions for decades.

The third, “Underwater Woman”, can only now make you think of Ophelia:

Laughing uncontrollably, who is she talking to?…

Intently staring at a photograph…

No one can tell when she cries…

“Music Jail, Pt. 1 & 2”, I hear you cry? Clearly the musicians who, along with the tragedians, are implausibly stuck in barrels for the first half of Act III. Next.

“Answer”, a word with profound significance in R&G, is filled with images of surveillance and agents and spying (the very job Claude & Gert have hired them to do), and also features the quatrain:

But don’t lose hope just yet

You’ll be remembered for your persistence

And this is the thanks you get

Which is about half of the title characters’ lines in a (pardon)  nutshell. Though they’re more often in the form of a question. But when one is in jeopardy, what else can one expect?

“I Can Help the Next in Line” is a stretch, sure, but the line “Have you been with us in the past?” is not without import here. Also, the extended calling for “Next!” is something that happens repeatedly as R&G wait with increasing desperation for someone, anyone, to enter the stage.

“Madam, I Challenge You to a Duel” I take to be aimed at poor little Alfred, slave to the Player, that purveyor and perverter of “transvestite melodrama” and various over-wordy tales of swordplay, “full of fine cadence and corpses”.

Such a lot of words

“End of the Rope” – here we are back at strangulation imagery, and while beheading is more likely to be their fate, it should be noted that even the cover to the published version of the play includes a rope-as-ampersand in the title. Hanging is in no way too good for them.

You’re gone, but I’m still there

Clawing at the air

Now it’s curtains for me

Doing joyless cartwheels in the void…

is as close to Guildenstern’s last words as one is likely to encounter via serendipity (cf. the whole first scene of the play and its thoughts on coin-spinning and the laws of probability). And

How dumb can you be?

is something Guildenstern asks Rosencrantz repeatedly in the form of “Are you stupid?”, “What’s the matter with you?”, and several other withering phrases.

“All the Lazy Boyfriends” is Hamlet’s song, I think.

Who needs motivation when you live in your head?…

Did you say out loud that you think you’ve lost your edge?

As well as the repeated variations on “practically starting from scratch…”)

The very first words of “Unpronounceable” are “Time stopped”, which is but one of Guildenstern’s theories on their plight as it relates to the constant heads-uppery of the coins they toss. But then we get to the meat…

Your name it is unpronounceable

I never figured out what that was…

(On trying to figure out which is named R and which G, after realizing no one can tell them apart, including themselves: “…people knew who I was and if they didn’t they asked and I told them.” “You did, the trouble is, each of them is…plausible, without being instinctive.” They never do figure out what that was, not with real certainty, even with only two to choose from.)

The wordplay and poetic lic-/nons-ense of “Hate the Villanelle” works more as a tribute to both this play and its verse-laden source material. “Words, words, they’re all we have to go on.”

Though at first I was thinking of “I’m a Coward” as another Hamlet song, pulled right out of the “rogue and peasant slave” speech, it quickly became more Stoppardian via Laurel and Hardy or Abbot and Costello or whichever duo you think these two most resemble.

I need a confidant

To turn the tide

On my losing side…

“Aaa” is about unpleasant surprises of the sort that result in both physical and existential danger, with lots of screaming. Ditto R&G.

And what am I made of?

tying back into the constant memory loss (“We cross our bridges when we come to them and burn them behind us, with nothing to show for our progress except a memory of the smell of smoke, and the presumption that once our eyes watered.” I am so incredibly proud to have typed that from memory right now, because getting off book for this damned show is slowly killing me.)

More importantly, this song provides the only reference to Stoppard’s other obvious source material, Beckett’s Waiting for Godot, which I am not currently memorizing but still know a “tray bong” when I hear it.

Which brings us to the final and title track, the instrumental “Glean”, which is a word I say seventy damned times in this show, almost as much as the actor playing Rosencrantz says “heads”. I don’t know that we ever do quite “glean what afflicts him” beyond the profoundly obvious, because we’re too afflicted ourselves to solve that pampered mutterers problems, regardless of his uncledad’s potential financial generosity.

That’s it. That’s too much. That’s enough. That’s all.

One thought on “So much as from occasion you may glean/ Whether aught to us unknown afflicts him thus – HAMLET, II ii”