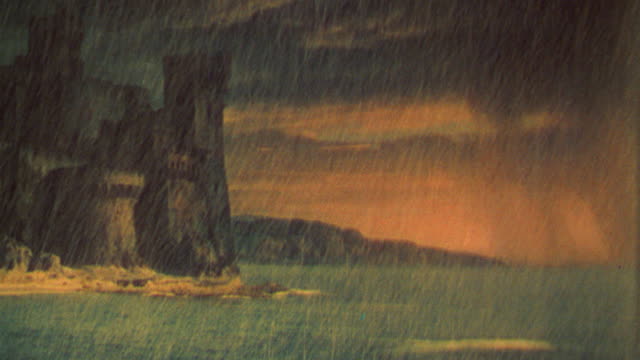 A couple of weeks ago, I taught this Shakespeare workshop – co-taught, really, but the other honcho was focused on audition skills and my area was verse and especially picking meaning out of the Folio – and I have to say, despite my dismal history as an instructor (I can count on Harold Lloyd’s right hand the times I’ve really enjoyed it or felt like I should be the one doing it), I had a ball. The opportunity to geek out with a group of people who asked for it is a pleasure.

I remembered only after the fact why I brought up the idea of this workshop in the first place, or at least what made the nickel drop and remind me that I feel strongly about contributing to this particular kind of conversation with actors: one line.

Not even a line. A turnaround between two lines of verse. There’s this moment in Act III, Scene iii, around the middle of Richard II where Bullingbrooke is about to show off the size of his not-quite-yet-rebelling forces to Richard, who is above peeking out a castle window. Bullingbrooke ponders how their impending parley might go.

Me thinkes King Richard and my selfe should meet

With no lesse terror then the Elements

Of Fire and Water…

Then a whole scientifically dubious thing about how fire and water make lightning which isn’t important to this discussion. Then:

Be he the fire, Ile be the yeelding Water;

The Rage be his, while on the Earth I raine

My Waters on the Earth, and not on him.

Now, were this not in verse (and Richard II is written entirely in verse, which is uncommon for Shakespeare), that phrase would read:

Sure, fine. But it is in verse, and the line break is there, and it is dancing on the edge of treason. Spelling is dicey enough in this era, but pronunciation here is important.

The Rage be his, while on the Earth I raine…

…a pause, pregnant, or playful, or threatening – does he mean “reign”? Because this speech is full of tricky stuff to talk about right here with Richard the Still Actual King nearby. Not to mention that even if the listener hears the less threatening “rain”, Bullingbrooke has said seconds before that if Richard will un-banish him and give him back the inheritance that was absconded with to help pay for an Irish campaign, he’ll say thank you and move on:

If not, Ile use th’advantage of my Power,

And lay the Summers dust with showers of blood,

There’s about a fifteen line distance between that equating of rain with battle-shed blood and the next use of the word. So again, even if Bullingbrooke means “rain” and not “reign”, it’s dancing on the border of Ain’t Good. Where was he? Ah, yes:

The Rage be his, while on the Earth I raine […tick tock tick tock…]

My Waters […why? What did you think I meant?] on the Earth, and not on him.

And yes, I have spent all this precious time on a homophone that anyone can see and hear easily. But it’s the one I remember reading and thinking that if the actor doesn’t deal with the verse as it is and just reads the sentence, well…in this instance, the character and the moment change significantly. Not the hinge of an entire play, not some revelation of Whodunnit or Why, but still a moment that ought to be attended to.

I didn’t bring this example up in the workshop, but plenty of other things came up, so all is well. My next devious plan is to try to put together a similar workshop for non-actors, meant for those who would like to read this stuff in the convenience of home but can’t because it makes for dreadful reading…unless…