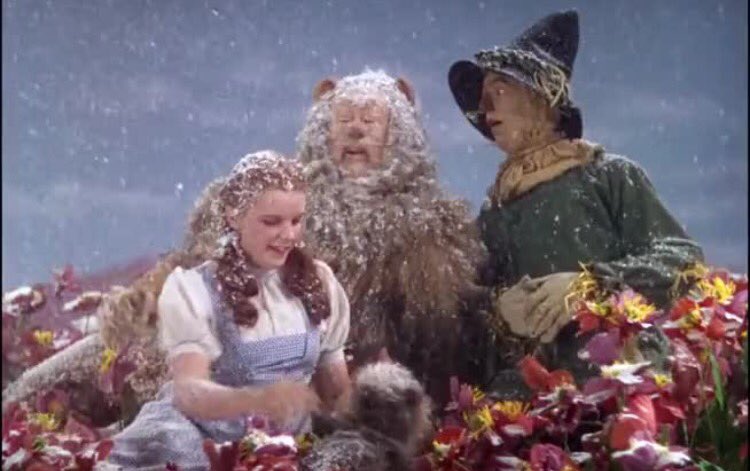 It was in the mid-80s Fahrenheit here in Louisville today, and will be again tomorrow. It is All Saint’s Day, the first of November. We broke another heat record, which we’ve done pretty much straight through the summer, which is allegedly over but the year that insists on putting the “ick” in 2016 thinks it can pull a fast one by dragging itself out. Something ain’t right.

There are plenty of people I’ve encountered these last couple of weeks who are just thrilled because they’re, you know, fools. They don’t like sweaters and don’t care about the natural order, which inherently involves sweaters occasionally. Me, I’m with Berowne in Act I, Scene i of Love’s Labours Lost:

At Christmas I no more desire a Rose,

Than wish a Snow in Maye’s new fangled showes:

But like of each thing that in season growes.

I can only assume Mom & Dad are arguing again as they were in the first scene of the second act of A Midsummer Night’s Dream:

No night is now with hymne or caroll blest;

People get all kinds of crazy about this line and what it ought to say, though it seems utterly clear to me and only repeats what Titania says again a few lines later:

…And through this distemperature, we see

Fall in the fresh lap of the crimson Rose,

Is as in mockry set. The Spring, the Sommer,

Their wonted Liveries, and the mazèd world,

By their increase, now knowes not which is which;

I’ve kind of always wanted to see a production based around this line – people utterly confused about what the hell season it’s even supposed to be and how we’re supposed to dress. Parkas over Hawaiian shirts. Sudden snow or rain in mid-scene (“Unusual weather we’re havin’, ain’t it?”). No one thinks twice about taking these portents seriously in Julius Caesar or Macbeth, but I seldom see them acknowledged in Midsummer. In fairness, I don’t get to travel much.

And this same progeny of evills,

We are their parents and originall.

(It’s certainly a lot easier to blame it on the domestic dispute (A 273.5 on the scanner) of Oberon and Titania than on ourselves, at any rate.)

One thought on “The human mortals want their winter here – MIDSUMMER, II i”